3 Ways to Redirect a Dementia Patient and Embrace Reality

Some caregivers find it difficult to redirect Alzheimer’s patients – why not try these simple methods?1 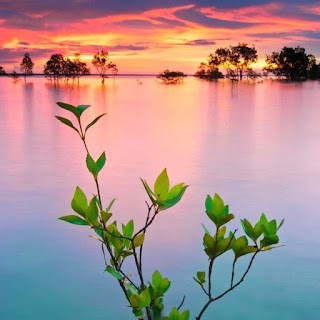 Learning how to redirect an Alzheimer’s patient is often difficult. The concept itself is difficult to grasp.

Learning how to embrace the reality of a dementia patient is also difficult.

Learning how to redirect a person living with dementia and how to embrace reality are essential components of effective caregiving.

Learning how to do this takes patience and a little practice.

When ever possible you should include these two nonverbal communication techniques before redirecting.

First, if close by take the person living with Alzheimer’s Hand. Second, make sure you have their attention and smile. Also, try to respond in a steady voice.

Learn More – The Importance of Nonverbal Communication in Dementia Care

My mother would utter those words over and over every day. In the beginning I would inform her that she had just eaten (often true), that she could not possibly be hungry, or she had already eaten 3 times that day.

Article – The Importance of Touch and Kindness in Dementia Care

I failed over and over in the beginning to embrace my mother’s reality. If she said she was hungry – even right after she had eaten – then she was hungry. Who was I to determine how she was feeling? Aren’t we all entitled to our own feeling, or for that matter beliefs.

Whenever I chastised my mom and told her she couldn’t be hungry it usually ended in a horrible episode. My mom would go into her room and refuse to come out. I would be left alone feeling bad, and having a bad day.

Article – How to Listen to an Alzheimer’s Patient

Then one day I discovered the solution by accident. Dotty said, “I’m hungry, I’m starving.” I looked at her smiled and said, “okay, can you give me ten minutes to finish what I am doing and we will eat”. She smile back and said, ‘okay”. That was that.

She didn’t ask again and seem satisfied with my answer. I had embraced her reality, and that was what she really needed.

Need Help? Search Our Award Winning Knowledge Base for Answers to Your Questions About Alzheimer’s and Dementia

2. The distant and no longer past as reality.

My mother did this one over an over with my sister but never with me – go figure?

My mother would tell my sister that she wanted to get Volkswagen (VW) fixed so she could start driving it.

The VW in question had not been around for 30 years. It no longer existed. On top of that, my mother was no longer driving and had not driven in many years.

My sister would smile and respond in her normal voice, “okay, let’s do it tomorrow”. Close enough to the 3 little words rule.

My mother would accept this with out question.

Learn More – How to deal with parent with dementia

In this example my sister embraced my mother’s reality. That the VW actually existed, and she offered a solution. However, my sister would not address the issue of “driving”. She knew my mother was no longer driving, and, had learned it rarely works when you correct a person living with dementia.

In this example, a bit more complex there are 2 issue. A car that no longer existed and driving. My sister embraced the key issue, and resisted the urge to inform my mother she was no longer driving – she realized it really didn’t matter.

Learn More – Embracing the reality of someone living with dementia

Sometime my mother would do or say something that was not really conducive to redirection. In these cases I learned to use the “hook”.

I might say out of the clear blue sky, mom, why don’t we have some potato chips? This worked every time. My mother loved potato chips.

I had other hooks. For example, would you like some ice cream? Answer every time, yes.

And sometimes I would just change it up completely. Mom, let’s go to McDonald’s and get some french fries. I used examples like this one when my mother seemed to be getting – very negative. I wanted to get her of the house and into some bright light – or just plain out of the house for a change of mood and environment.

Article – How to Use Ice Cream as a Memory Care Tool

I learned over time how to listen to my mom. Once I made it to Alzheimer’s World I learned how to accept that what she was saying was true – it was true to her. I no longer had an incessant need to correct her.

It was no longer all about me, it was about her. Whatever was happening in her world was in fact reality. So even though it took me a long time to embrace her reality, once I did I felt a lot better. Calmer and happier.

Over time I learned how to keep it simple. It seems “simple” really works well in Alzheimer’s World.